And you? How are you? Tell me everything. xo

In case I haven’t mentioned it lately, let me just tell you that I have been up to my earrings in creating Radiant II and everything has taken a back seat to that act of conception, gestation, and impending birth. I have been living, breathing, sweating, fretting, dreaming, conspiring, and loving it into being. Please accept this as my reason for letting my blog collect a very sneeze-inducing layer of dust.

*Blows the dust off and hands you a hankie* 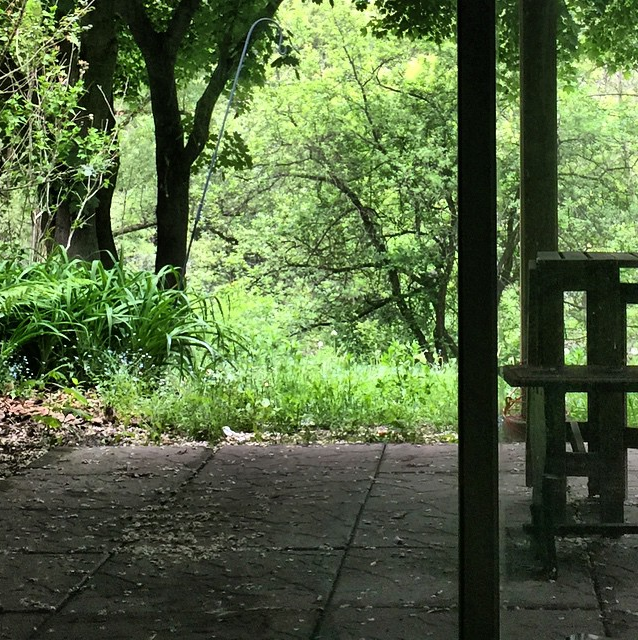 This is the view out my living space window. Good GODS, y’all!

I have also been living. Hard. With passion and gusto. All of May and this first 10 days of June have been *intense*. Reacquainting myself with being someone’s partner after a year of being my own. Basking in the glory that is my little hobbit hole on Old Carriage Drive. Walking the creek. Watching it overflow its banks. Stepping quietly through my patio doors so that I don’t disturb the robin who took up residence in the eaves and is hard at work feeding and caring for her brood of nestlings. I had family in town this past weekend – family I hadn’t seen in something like almost a decade, and though we had hardly spoken, we entered one another’s company like one might step into a perfectly drawn, scented bath. My sister-in-law and soul sister, Ayesha, with whom I feel completely at home in my own skin, indulged her brother and I in all the things we love to do – drives in the country, fires in the backyard that burn until four in the morning, chilly midnight walks by the creek, Tim Horton’s by the gallon, St. Jacob’s Market, Open Mic at Imbibe… First fire of the season. Salty, Ayesh, and Effy

And we spoke vows to one another about never letting things go that long without connecting ever, ever again.

Two of my children got jobs they desperately needed.

The one who was failing to launch LAUNCHED with gusto and has given up his spot on the family couch in favour of his own place.

Homecomings. Leave-takings. Everything in its own time, in its rightful place, or at least on the way to it.

My art is changing. 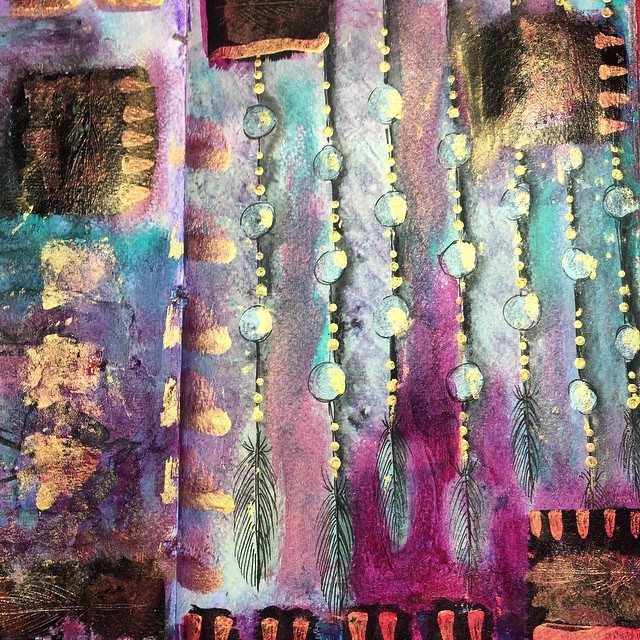 It’s looser, freer, less inhibited by the desire to hunker down and dodge imaginary slings and arrows.

I love harder, less fearfully, and with a sense that the control I’ve always longed for is a kind of bondage that I wish not to be in. I am willing to risk it all.

Let my heart be broken.

I’ve proven that, in spades. My willingness to be vulnerable, which ebbed quite a lot over the last year, has returned.

To prove it, this video in which I dance.

I don’t want to whitewash how hard things have been, either, but the hardness of it is like the hardness of childbirth. You know the joy that will come if you breathe, endure, bear down…

And I am fucking blessed.

And you? How are you? Tell me everything. xo