The Internet Is My Hometown

Before all of this *waves at all this art journaling stuff*, I fancied myself a writer. 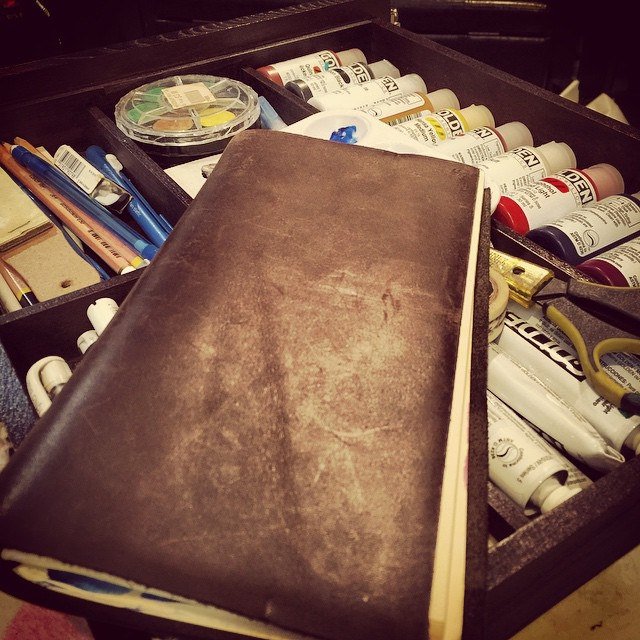 Most of what I wrote could be categorized as creative non-fiction & poetry. I’ve been blogging in one fashion or another since the late 1990’s, and I remember the days of *hand coding* each entry, uploading everything over *dial up* via FTP server. Comments? There were no such thing as comments! You just wrote, and maybe people emailed you, but mostly you were typing into a void.

It came to a huge surprise to me to discover, once I found an instant publishing platform that included a comments feature, (anyone remember Xanga?) that I had garnered an honest to god readership. I will never forget how that felt – how after a couple of years of writing into a void, writing my heart out for the pure, therapeutic value of doing so, I suddenly, seemingly out of nowhere, *had people*.

I had never had people before. Ever. I was cut adrift. I was long afloat on shipless oceans. I was very, very alone. And then, suddenly, I wasn’t anymore. I was writing *to* people – some of whom actually gave a shit.

It changed my life.

And even though I had considered myself a fledgling writer for years before I typed up my first blog (we called them on line diaries back in those days), knowing that people were *actually reading* what I’d written somehow made me feel like an *actual, honest to god writer*. Especially when I discovered that people resonated with what I was writing. They *got me*. I had never, ever been *gotten before*.

In a sense, I’ve been raised by the Internet.

Where other people grew up gazing into the eyes of family & friends and seeing themselves mirrored there, I didn’t get to do that kind of gazing until I found my virtual tribe. My bio-tribe was broken. Really fucking broken. As a result, my choice in life partners was also broken. And while my chooser didn’t miraculously fix itself as soon as I discovered my virtual tribe, I did have someone to talk to about what was happening. Someone who could (at least virtually) hold my hand and say “Hey, kid. This is bullshit. This is toxic. This is *abuse*.” Or “Hey, kid. You can do this. You are resilient. You’ve got the power!”

All the things I needed to hear when I was coming up in that broken fucking family, I heard after I discovered my virtual tribe. I had soothsayers, and okay, yes. I had naysayers. I had affirming voices, cheer-leading voices, and yes, okay, there were some trollish, bullying voices, too, but I had *voices* where there hadn’t been *any*.

I came to be deeply valued (or at least, that’s what I’ve been told) for my ability to spill my insides out all over the table all day every day. I came to be seen. Loved, even, inasmuch as one can be virtually loved. I came into my own here, in this flickering box of light. I grew up here. Maybe not all the way, but still.

This Internet is my hometown. And blogging is my mother tongue.

I moved on from Xanga (and LiveJournal) to self-hosting early in the game (thanks to an ex who bought me my first domain name and set me up with hosting) and I was an early adopter of Facebook, too, but as blog readerships began to dwindle and everyone moved their on line interactions to social media, I kept on blogging. I grieved, because the communities that had grown up around blogging were dying and disappearing, but I still kept on blogging. It went from what it used to be – a several times daily spilling of my innermost thoughts – to maybe weekly, maybe monthly writings of a less deeply personal kind. My innermosts got spilled in my paper diary. I curated my thoughts a bit more, became more circumspect. 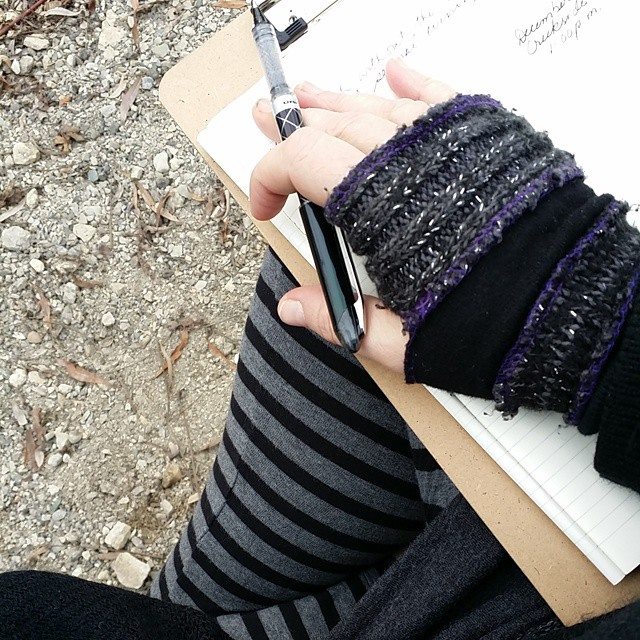 When we’re kids, (and if we’re lucky enough to have parents who give a shit) our parents know every damned thing about us. What we’re wearing, eating, doing that day. What we’re dreaming about. Who we love. Who we hate. What we’re struggling with. What we want to be when we grew up. I did all that on the Internet through my various blogs. Then, as I grew up, all of that became less and less important to share, just as though I’d moved away to college. Once in a while, I showed up with a bag of dirty laundry, which I’d dump in the middle of my virtual kitchen, sort, and do, but mostly, I went about my business and kept *most* of my business to myself.

I even had moments (long ones – years long) when I hated blogging. HATED it. Because it opened me up to trollish bullshit from meanspirited predators, and I was *deeply wounded* by all that – much like a child who discovers that not everyone is safe, and some people are truly assholes.

But I’ve come back around. I’ve boomeranged. I’ve moved back in. Built better fences. Put up some pictures. Called this place my own.

Because I miss this. I miss the sense of being witnessed, of witnessing. I miss the eyes on my life and the lives laid bare for my eyes. I miss feeling deeply known, and I miss deeply knowing. It’s not a parent child thing any more. It’s a parent + adult child thing. I know that seems like such a small distinction, but it is a huge one. I didn’t know who I was when I first started blogging, and I *needed* those eyes on me to mirror me back to myself. I don’t need those eyes anymore, and the relationship has matured to the point where, yes. I want to tell you about my day as though you are my loving parent and you give a shit. But I *also* want you to tell me about *your* day as though I’m old enough to hear it now, and you know *I* give a shit.

There are other reasons. I make my living here in this space. This is how I connect to my ideal student. This is where all my e-list subscribers come from. But that is *secondary* and it happened by accident. The primary reason is that this is my hometown. I wandered off to the big city of social media. I had adventures. I’ll keep on visiting! But this is where my roots are, and it’s really good to be home.

TODAY’S NUDGE: Write about your hometown, your roots, or where you come from.