This is day two of The Artfully Wild Blog Along. You can find details here.

I. Sage Cohen’s “PAD” started yesterday, so I went to class with a notebook ready and a pen in hand. Read through the assignment, got my head wrapped around what was being asked of me, wandered off to let it all settle for a bit. I felt afraid. What if I don’t poem anymore? Yes, I’m using ‘poem’ as a verb.

I art. I witch. I poem. This is as good an autobiography as I’ll ever write.

Anyway, the fear rolled in, and I snortlaughed at it. I have definitely been here before. I know how to wrangle this kind of thing – this absolutely certain uprising of the inner critic, the words ‘imposter’ ringing in my ears.

Fuck that. I poem.

II. My intention with Poem-A-Day is to write whatever is alive in me in the moment I read the assignment, and then put it the fuck away. No editing. No tweaking. Just put it away. After the 30 days are up, I’ll do a thirty day editing session. At the end of the editing session, I expect I’ll have at least ten good poems, and maybe ten more that are workable.

I used to do this as a matter of course. This was my every day. A poem. Shove it in a drawer. Come back to it later and do whatever polishing, tweaking, editing needed to happen in order to please my own ear. Photo by Valentin Hermann on Unsplash

III. My favourite bit from yesterday’s poem is this one:

the wind,
conducting through
the one bare tree,

a song I’ve heard
a million times before.

I like how I can see that one bare tree, its branches dancing wildly, like the arms of a conductor leading the orchestra. Nice and cinematic.

I feel like I’m off to a good start.

IV. I spent some time putting my house back together yesterday, too. I’ve been a bit overwhelmed with inner work so the outer work has been overlooked. The kitchen, which is also a puppy kennel when I’m not able to keep my eyes on the new furbabe, was especially gross, so it was a deep pleasure to order that chaos, wipe everything down, scrub the floors, load the dishwasher.

Ordering chaos is one of my favourite things to do. It feels like a kind of magic. ‘As above, so below’, right? So, when I order the chaos in my immediate environment, I contribute to the ordering of chaos. Magic. MA CAN I LICK YOUR TOESIES?

At any rate, it feels good. It gives me a sense of being in some kind of control when so much of my life feels completely out of my control. Uncertainty reigns supreme, still, even after all these years of whispering to it that I will not resist it if it will just stop persisting. I call it ‘fertile’. I befriend it as best I can, but with the secret hope that it will grab its hat and take its leave of me.

Nope. Not happening. The things I choose, the way I live, creates the stuff, churns it out, and so it has taken up residence in all my affairs.

Ask me where I want to be in five years, and I’ll probably whisper because I’m afraid uncertainty will hear me. It’s jealous of sure things. It will do anything it can to pull the rug right out from underneath me.

V. One of my former lovers and I talked for a while over the weekend, and the conversation turned to how we related so well to the characters in Six Feet Under. He is very much Nate, and I am a weird collage of all four of the main female characters. Lisa’s anxiety and insecure attachment style, Brenda’s trauma bond with her brother, her hedonism and the way she used and expressed her sexuality, Ruth’s uptightness and the way she lost herself in all her relationships, and Claire’s total rebellion.

I contain multitudes, contradictions, paradox. I think we all do, and a well written script (or novel) can reveal ourselves to ourselves in all the characters contained therein. It has to be well written though, or its a little like trying to look at oneself in the bowl of a spoon. Good art is a clear mirror. You can find yourself there.

Anyway, after comparing ourselves to the characters, we agreed that his former lover – the one I was in competition with the entire time he and I were together – was definitely a Brenda. This was someone I despised for the way she just used him to prop her own self-image up whenever she felt like it, and especially for the the way she left him in the wreckage she never failed to cause. Oh, he was to blame, too. Don’t get me wrong. The guy could not resist an illicit connection to save his life, so, yes. It was as much his wreckage as it was hers, but look. If I knew that my coming and goings were destroying a person’s connections to those who *actually want to stay*, I would stop coming and going. I’d pick one. Come, and make it work, or go, and let someone else make it work.

I told him, that, too, that I despised her for the reasons I despised her, hated the way she kept rolling in and wrecking him (and, frankly, us, and frankly, the relationships he had after us), but I also hated how much I felt like I could never compete. She was one of those manic nymph siren pixies. You know the type. I know the type. I will never be that type, and there was a time when I loved him so fucking much, I’d have given anything to catch him looking at me the way he looked at her. In my story about this love, she won, and kept on winning.

He listened. He agreed with me on the wreckage, but he also said, simply, “You won, though.”

And that caught me off guard. We are not together, haven’t been together in almost twenty years. How did I ‘win’?

VI. I was constant, that’s how. I did not roll in and out like some kind of storm. I could be counted on. I stay. If he needs a friend, he knows he can reach out. If I need a friend, I know I can reach out. We still have rough spots, but I call them out, and we work it out, rather like adults do. We aren’t lovers, and we haven’t been for a very long time, but I am committed to his highest good.

I am, in fact, committed to the highest good of anyone I’ve ever loved. Even when love shapeshifts, even when it shows up as something other than the thing I want, even when it ebbs due to distance or the passage of time, even when it wears out its welcome in my body, I stay. 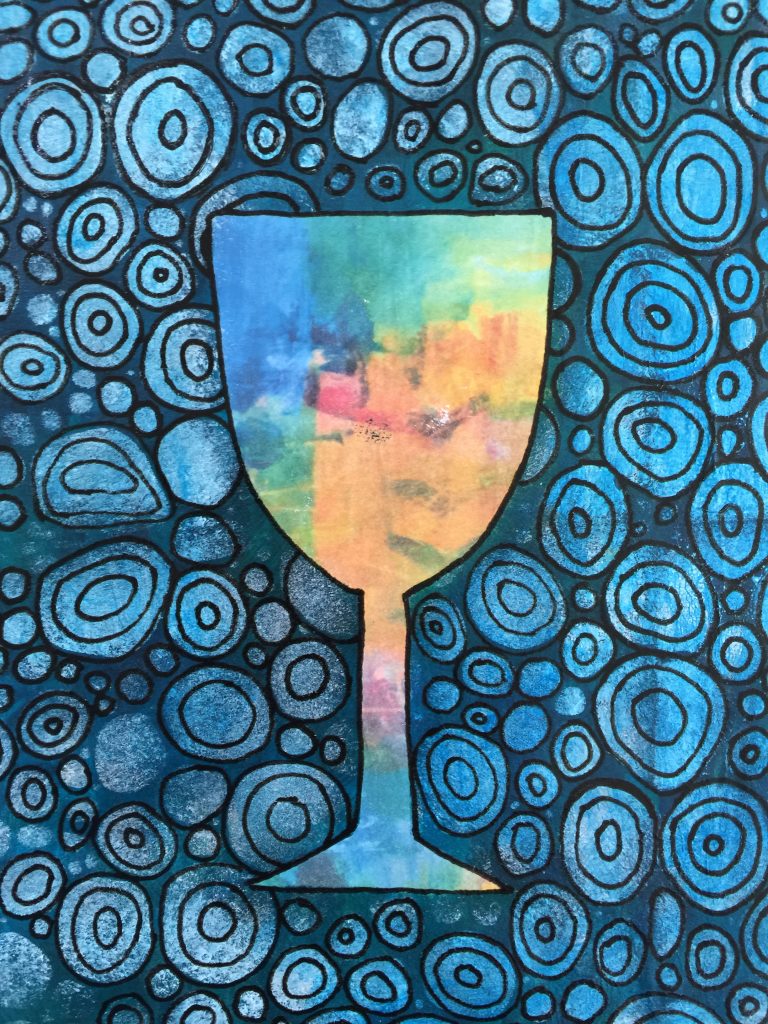 VII. If I ever love you, I will always love you. Always. Even if I despise the things you’ve done or the ways you’ve hurt me, I will love you. Even if you stop loving me. I will stay. You can ring me up anytime, years later. You can count on me to hold the thread I tie to your wrist in love for the rest of your life, even if you cut it. Even if you never look back.

VIII. The people I love take up residence in me, like I’m a house, and each love has its own room. In those rooms are the songs we shared, the books we read, the things we said or didn’t say, the things we should have said or should never have said. Each room is cluttered with mementos, stocked with whatever we were eating or drinking at the time. There are poems in the drawers, and pictures on the walls.

I visit every room.

IX. I’m pretty sure this new room is the last room. This is the room I want to live in. Uncertainty is laughing, but there is a wick lit on a table top in that room that looks like it just might burn forever.

X. Meanwhile, I will art. I will witch. I will poem. I will spill myself out in all the ways that feel like reaching, in love, to gather you in.

I am, as ever, a very hopeful girl.

P.S. I’ve got some super exciting things coming up and I’d love it if you’d join my newsletter so I can tell you about them.