I. This little cherub is having a morning bottle while I have a coffee and check my email. I so appreciate this habit of his while he’s here. He wakes up pretty sunny, all grins and burbles hello, let’s me change him and give him a bottle, and settles back in for about an hour or so before he needs my full on attention. So sweet of him, don’t you agree?

We had a lovely time last night. He arrived, played for a bit, ate a big bowl of baby food, munched on some little star shaped broccoli, spinach, and puffed rice snacks, played lots more, and then went down at 8. My kid and I talked and watched GoT. Said kid wandered off at 11, and I woke the Bean up to change him and give him another bottle in the hopes that he would settle right back down and sleep through the night.

HE DID! Hallelujah! Woke me up at 6:30, all grins and chattering, but settled right back down with a dry bum and a bottle.

He’ll squawk at me shortly for a proper breakfast and some playtime before his parents pick him up at ten.

I’m really enjoying having him here.

II. I’ve got a bunch of things coming out soon that are collaborative in nature that require some intense attention this month, so I’ve had to bow out of my first fest of the year. I thought long and hard about it, because I really need a break, but I also really need to not overwhelm myself the way I did last year with too many fests and not enough forethought. I ended up so depleted in September that I got sick for, like, weeks. It was horrid. So this year, I’m going to be a little more mindful of what kind of energy I need and how much I can spend. Adulty, right?

III. Speaking of adulty, I went to the eye doctor on Sunday (Costco optometrist works weekends!) and discovered I have cataracts. Dammit. That’s just a little bit too adulty for me, yanno? From what I’m hearing, though, I could walk out of surgery with 20/20 vision, which would be AMAZING, so I’m not in a panic over it. I’m being referred to a specialist who will tell me what my options are. Long wait times, though. Maybe six months to a year before I actually get the surgeries done? We’ll see. There is an option to get it done privately (Lasix does it), and it would be done in no time at all, but it’s really expensive. Doing it through the healthcare system means it’s covered.

Things to think about.

IV. I get to see my love this weekend AND the weekend after. It amazes me how much knowing this (and counting sleeps) lifts my spirits. I mean, my spirits are actually pretty good right now, all things considered, but they are especially uplifted given that I can say THREE SLEEPS. *Bounce*

It is incredibly healing for me to have someone in my life who is as eager to see me as I am to see him. Zero ambivalence. All in. Swoonworthy.

V. I was thinking about him yesterday and painted this in response to my thoughts. 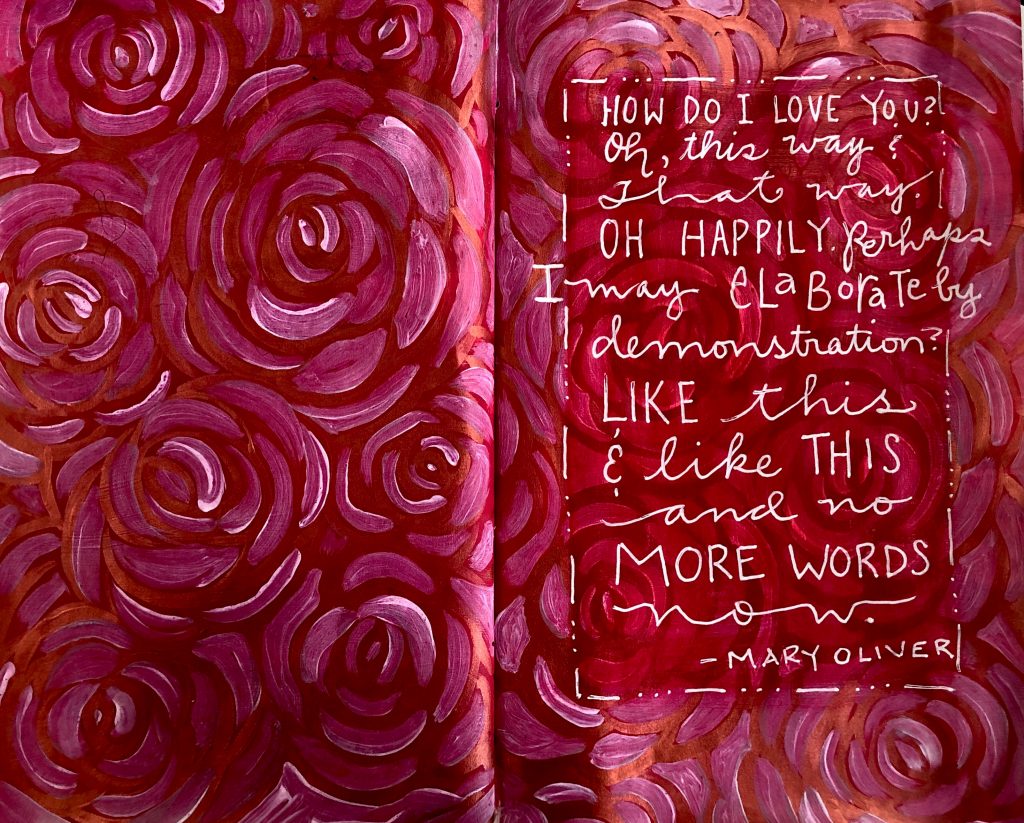 I like it so much that I’m filming another version of it for my Patreon & Effy365 peeps. Might release it in Wild & Free in a little bit, too, but I’m going to give my sweet coterie of devotees first dibs. Here’s a progress shot of the first layer. 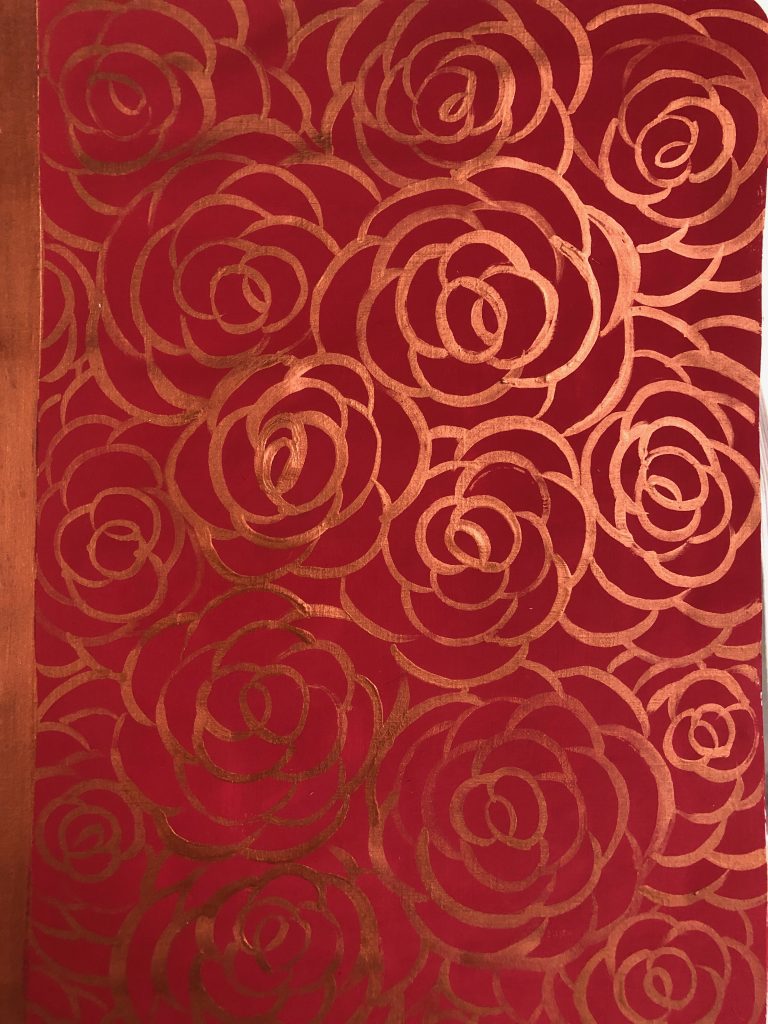 VI. Speaking of Wild & Free, did you know about this? It’s a library of free resources I’ve put together for my peoples. That means YOU. Go get it.

VII. The Ever After Blog Hop is still on. I’ll be closing the contest to win a space on the 9th (that’s in two days!), and announcing the winner on the 10th. Go get it!

VIII. I’ve been invited to teach in this sweet offering from Shai Bearden (CEO of Wild Sister Magazine). I’m really excited about it because it combines my two loves – mental health related self-care and art journaling. I will be hosting a giveaway for a seat next week, but for now, dudes…$33 gets you SO MUCH STUFF including a lesson from me. 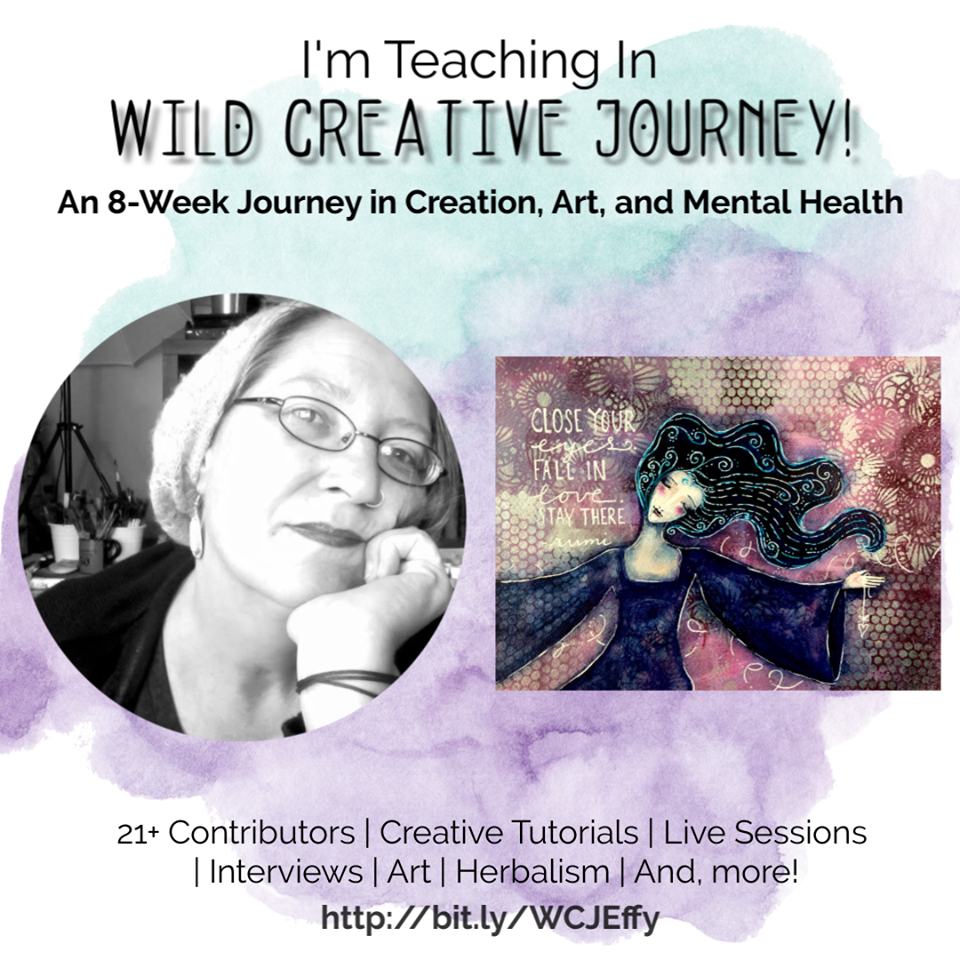 IX. This sweet cover of Maps because it makes me swoon.

X. I created this template for my Year of Rumi students, and I thought you might like it, too. Print it out and do whatever you like with it. We’re going to be making a sweet painting using the Rumi quote “Lovers don’t finally meet somewhere. They’re in each other all along.” 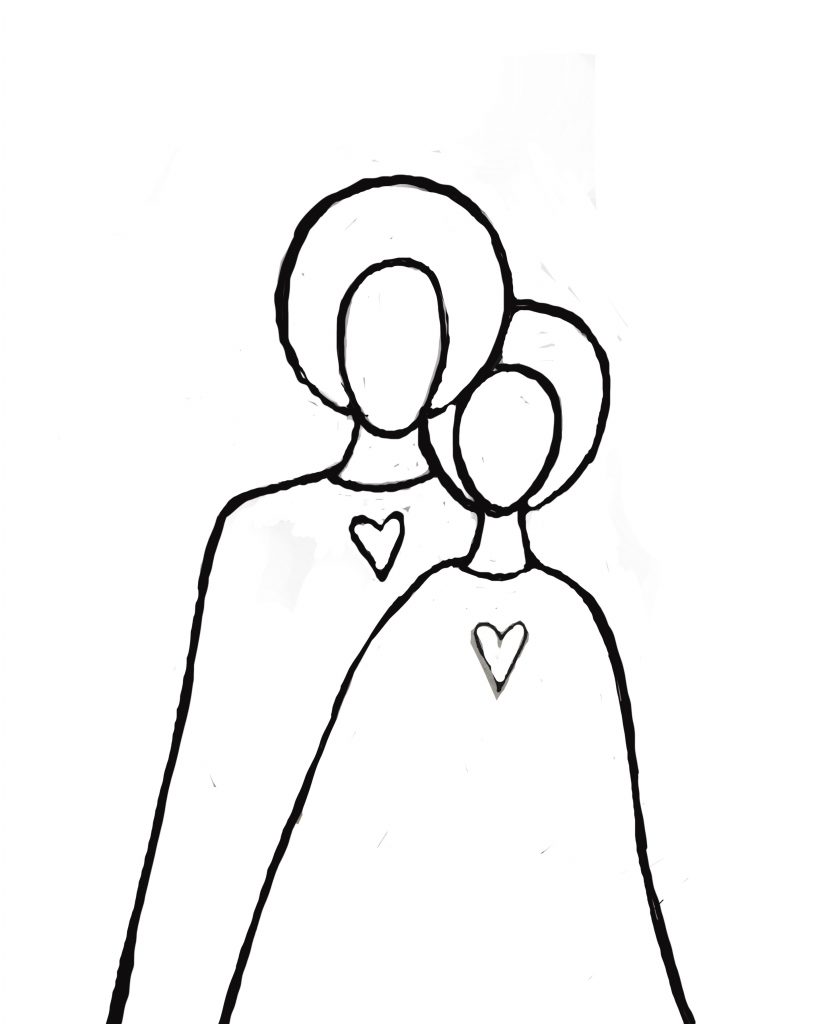 The image started as a sketch in my sketchbook and then got imported and edited in Procreate on my iPad Pro. Best gift I’ve given myself in a long time, and I’m having so much fun with it. It’s also super useful for stuff like this!

When I finish the painting I’ll let you know.