I. I’ve been down with varying degrees of dizziness/vertigo for two weeks now, and I’m over it. Leaf mold allergy, probably, since this happens every year around this time if there’s a lot of rain. I’m doing Benadryl and Gravol when it gets really bad.

III. Pottery makes me happy. I turned and trimmed 12? 13? pieces yesterday and also got to play with coloured slip. I’m going back next Tuesday to glaze. I can’t wait.

IV. We’ve had issues with a peeping tom on the property for almost a year now. He was caught red handed on Saturday morning, charged, issued a restraining order, and then released. It was a *nightmare* waking up to all that drama (cops on the front lawn – my dogs went off their rocker and my heart aged ten years), and it’s been a nightmare worrying about whether or not he’ll come back, since he is clearly not right in the head and these things have a nasty habit of escalating.

I am feeling very woe, woe, why me as a result because *fuck me can I not get a break?*

V. Since I’ve been leaving the house more, Salem has regressed a bit in her house training. This is unpleasant and frustrating to say the least. Add that to the disaster that my house becomes when I have vertigo, and I’ve been in a state BUT today has been better. I’ve been watching her like a hawk and crating her when I can’t and so far, so good. I also got four loads of laundry done.

In better furbabe news, Sybil has been super snuggly, and I love it. 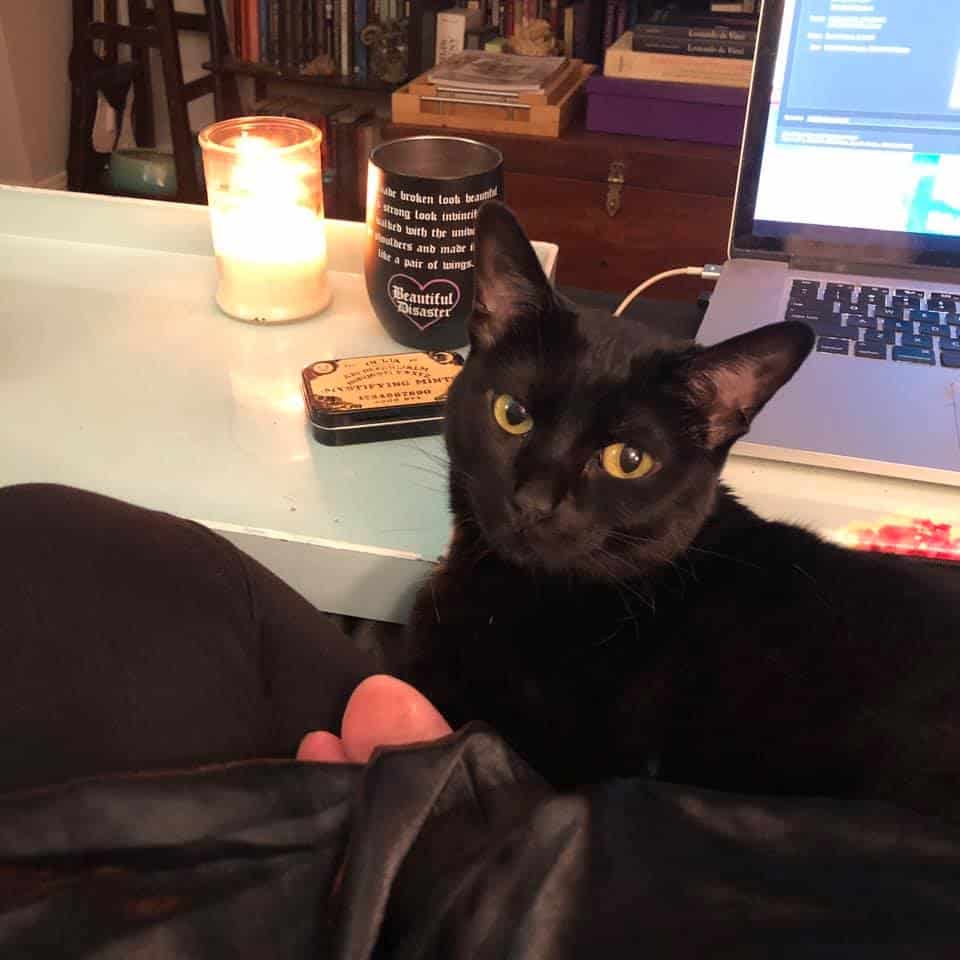 VI. Here! Have a giveaway!

VII.I still miss him and I’m pissed off about that because I should be over it by now, but nope. Definitely not over it.

VIII. I was talking to a peer last night about how hard it is to be an entrepreneur and feel like you have to be positive all the time and “keep up appearances” in order to succeed. It’s such bullshit. So alienating. Life is a mixed bag of delight and despair and I’m too tired to lie.

IX. I am craving cucumber and cream cheese sandwiches, and I am going to make that happen.

X. And you? How are you? Tell me everything, the delight and despair.