I. I am working on a thing for a thing and this is the background I created for it. It is making me drool.

II. I ate two toasted cheese sandwiches with a drizzle of honey last night before bed and woke up feeling like the left side of my colon was going to explode. I keep forgetting that bread is not a thing I should be eating – especially not four slices of the stuff – but like one of my FB friends said “The heart wants what the heart wants.”

I took a long hot soak and drank a pot of red bush tea, and I feel better.

III. I was talking to Renee yesterday about how much I love my own survival cooking – the stuff I made when there were six of us living in the house and we were pretty poor – pots of things like stew and soup and chili and Bolognaise that in that time would last one dinner but now keeps me fed for days and then some if I freeze it. I’m going back to that because it is all healthy and nourishing and comforting and I always thank the self that simmered that pot on the stove for hours when I have no spoons so I thaw a container of whatever it was and heat it up and voila. Fed. Without ordering in.

IV. Today I am going to a new friend’s birthday party and there will be a hot tub and a fire. I am very excited about this even if I do feel a little like there’s a ten-pound bowling ball lodged in my colon.

V. I turned that background up there into a painted paper as part of the thing I’m doing for a thing. I would wear this as a dress. VI. I used to have a huge issue with the colour yellow but all my work in the realm of colour theory for Kaleidoscope over the last couple of years has totally eliminated that problem. Do you struggle with colour? Join us. You’ll be in good company and you will make beautiful things.

I’ve gotten some truly lovely feedback on the taster session I did for the e-course already and I am deeply looking forward to seeing what people do with my main lesson + bonus. Here’s a wee gallery of the stuff I produced for the class.

VII. I have to go into a live with my witches (which I love) but I haven’t eaten yet (because of the cannonball in my colon) and I’m brewing an optical migraine (which happens which I don’t eat) so I am a bit on the miserable side but I’ll get over it.

VIII. This is a pretty mellow entry compared with what’s actually going on in my brain meats. I’m feeling self-protective, and I’m okay with it. I don’t have to serve everything I’m going through up for public consumption. I can keep some things to myself until I feel comfortable sharing them.

IX. I said yes to three collabs for next year + the one I’m running myself + I’m pretty sure there will be another one to say yes to. I have to get on creating the content for all of them so I don’t find myself overwhelmed like I am finding myself overwhelmed this year. Deadlines are my nemesis. My nervous system hates them and also resists them. WHY AM I LIKE THIS?

X. Sometimes I think I am neurodivergent, but it isn’t a thing I want to explore or discover until I’ve adequately dealt with my trauma because a lot of neurodivergent things can be trauma in disguise, so we’ll just put a pin in all that for now.

I. There’s a lot I want to say about Anthony Bourdain but I’m not ready so I’m just putting this in here as a placeholder and a reminder to self. Write it out, bebe. When you’re ready.

II. This giveaway will close on Sunday. Get your name in. I painted this ahead of Full Moon in Aquarius. She is layered with things I am releasing and a willingness to listen for that still, small voice that will answer this question.

I’ve decided that this will be my next tattoo. Just the question “What’s next?”

IV. I’ve been struggling with my base line. I want it to be higher than “not holding my guts in today”. I want it to be somewhere approaching “content”. I’ll even settle for “not too shabby”.

I’m working on it. 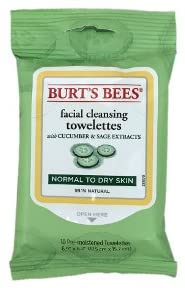 V. Therapy rode me hard and put me up wet yesterday but I discovered that if I use these Burt’s Bees facial wipes to wipe and cool my face while I’m crying. I do not end up with the usual truck smashed my face in look that I usually get after crying. They’re cucumber scented and they really help.

VI. Kimi and I were talking this morning about the fact that it is almost August already and we haven’t had ANY FUCKING FUN.

Must fix that. I need a beach day or something. For now, though, we’re going to sit on the lawn and swill rose.

VII. This got painted yesterday because it was The Magdalene’s feast day. “Oh lamp of the world, oh gleaming pearl. Pray for us.” VIII. Anthony, and my delayed response to his passing. It’s been three years and I’m just now starting to feel it which says something about how trauma impacts my ability to move through grief. He is not the kind of mirror I would wish to gaze into but there he is with his gaping void on full display in twelve seasons of Parts Unknown. The constant seeking. The grappling.

I get him. He would have gotten me.

I will make it, though.

IX. These words came out of my mouth yesterday and they made me furious. “I swear to god the only reason I am still alive is to spite my mother, who used to tell me I’d be dead by the time I was 21.”

I Am The Storm

I. It is astonishing how easily I forget that pain – especially pain in the lower torso area of my body – is a huge trauma trigger for me. I remembered last night, but not until after I got whipped up into a frenzy of abandonment depression. It doesn’t come up often anymore but *I am a sexual abuse survivour* and that does still live in my body and even though I’m on the other side of the really gnarly part of recovery from C-PTSD, I can still be badly triggered.

And also Korean Fried Chicken is a thing that exists. With lightly breaded fries. And honey garlic sauce.

The night savaged me, yes, but then I salvaged the night, and even though I’m still in pain this morning, I am not holding my guts in anymore.

III. I think it might be an ovarian cyst, since memories about having one when I was fourteen flooded me last night. That time, my mother and step-father thought I had an ectopic pregnancy and brought me to the ER. It was very traumatic because I was *not* sexually active and there was *no way* I could be pregnant, but they *would not believe me*. The ER doc was very sympathetic, though, and gave me an ultrasound so he could shut my parents up.

Anyway, it’s the same kind of pain. Very localized in the lower right. Lots of bloating. If it keeps up much longer, I will go to the ER, which *terrifies me*.

IV. My ex is moving out of the country. He didn’t tell me this, of course – he told GG, who told me last night. This wouldn’t matter to me except that he’s pressuring GG to find a new place and move before he leaves in June. I respect his desire to move – he can do what he wants – but I’m having all kinds of feels about the fact that he agreed to step in with GG’s care and now he’s leaving him before GG has time to catch his breath after the hospitalization.

One of the most stressful things a person can do is move. Now imagine moving after a serious psychotic break while you are still feeling a little bit sketched out. While your moms is in another city and can’t travel to help because there is a pandemic.

V. I am typing this out because I was holding it in my body and I need to stop doing that. I need to stop listening to the voice in my head that sounds suspiciously like my mother’s voice – the one that says “Don’t air your dirty laundry”.

*Hangs it all out on the line so the light can get at it*.

VI. Today will be better. I have a live with my witches. Kimi is coming over for LLMJ, and then we’re going to watch The Stand. I’m going to have a hot soak. I’m going to feed myself. I’m going to give myself the love and care I deserve.

VII. Also, WoW at some point I think because it is good to slip the bonds of this world for a while and enter another, less complicated one. Running around killing things feels like just what the doctor ordered.

VIII. Those of you who quietly and sweetly helped with GG’s laptop upgrade will be happy to know that’s been accomplished. Thank you. You know who you are.

IX. Those of you who made space for me over the course of this week re: the dumpster fire that is having to have contact with someone who is just fucking terrible for my nervous system – thank you x a million. You really helped me get through it.